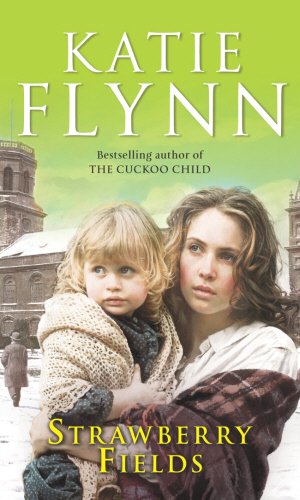 When twelve-year-old Sara Cordwainer, the unloved child of rich and fashionable parents, sees a ragged girl with a baby in her arms outside her church, she stops to talk to her, pressing her collection money into the girl's icy hand. But from this generous act comes a tragedy which will haunt her for years.

When, years later, Sara meets Brogan, a young Irishman working in England, she feels she has found a friend at last. But Brogan has a secret which he dare tell no one, not even Sara.

And in a Dublin slum, Brogan's little sister Polly is growing up. The only girl in a family of boys, she knows herself to be much loved, but it is not until Sara begins to work at the Salvation Army children's home, Strawberry Fields, that the two girls meet - and Brogan's secret is told at last...

Katie Flynn has lived for many years in the northwest of England. Many of her early stories were broadcast on Radio Mersey, and the reminiscences of family members prompted her to start her very successful series of books about Liverpool. She has also written books under the pseudonym Judith Saxton.