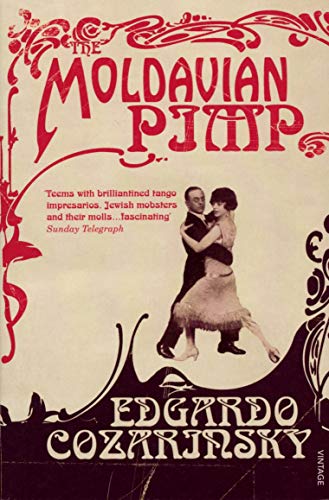 "Following the trafficking of women from eastern Europe during the 1920s and in the post-Communist era, this melancholy novel is powerfully written and is highly resonant for today's audience" (Catherine Neilan Financial Times)

"Imagine a mixture of Borges, Thomas Pynchon, South American tango and Jewish musicals, and you begin to get the flavour of this extraordinary book" (Jewish Chronicle)

"Airy, atmospheric, haunted by phantom breezes and the blurring of time; rich with the scent of sea voyages, cemeteries and the musty libraries, tango halls and Yiddish theatres of a long-forgotten Buenos Aires" (Anderson Tepper Times Literary Supplement)

In a bar in the Buenos Aires suburb of Villa Crespo our narrator recalls his encounters with an old man of Lithuanian descent, Samuel Warschauer, whom he came to know shortly before the man died. Among his papers, he found the script of a curious play entitled The Moldavian Pimp. Performed in Yiddish, the play concerns young Jewish girls from the Ukraine promised the hopes and freedoms of a new life in Argentina, only to find themselves sold into prostitution.

Set in the Argentine capital and Paris, and ranging in time from the 1920s to the present day, Edgardo Cozarinsky's beautiful and moving novel about Jewish immigrants may be among the few records we have of an extraordinary and little-known twilight society.