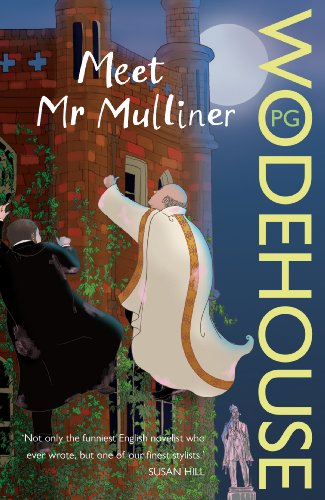 "It's dangerous to use the word genius to describe a writer, but I'll risk it with him" (John Humphrys)

"For as long as I'm immersed in a P.G. Wodehouse book, it's possible to keep the real world at bay and live in a far, far nicer, funnier one where happy endings are the order of the day" (Marian Keyes)

"Wodehouse always lifts your spirits, no matter how high they happen to be already" (Lynne Truss)

"The incomparable and timeless genius - perfect for readers of all ages, shapes and sizes!" (Kate Mosse)

In the Angler's Rest, drinking hot scotch and lemon, sits one of Wodehouse's greatest raconteurs. Mr Mulliner, his vivid imagination lubricated by Miss Postlethwaite the barmaid, has fabulous stories to tell of the extraordinary behaviour of his far-flung family: in particular there's Wilfred, inventor of Raven Gypsy face-cream and Snow of the Mountain Lotion, who lights on the formula for Buck-U-Uppo, a tonic given to elephants to enable them to face tigers with the necessary nonchalance. Its explosive effects on a shy young curate and then the higher clergy is gravely revealed. Then there's his cousin James, the detective-story writer, who has inherited a cottage more haunted than anything in his own imagination. And Isadore Zinzinheimer, head of the Bigger, Better & Brighter Motion Picture Company. Tall tales all - but among Wodehouse's best.

Buchbeschreibung Zustand: New. In the Angler\ s Rest, drinking hot scotch and lemon, sits one of Wodehouse\ s greatest raconteurs. Mr Mulliner, his vivid imagination lubricated by Miss Postlethwaite the barmaid, has fabulous stories to tell of the behaviour of his far-flung family. Bestandsnummer des Verkðufers 594351976