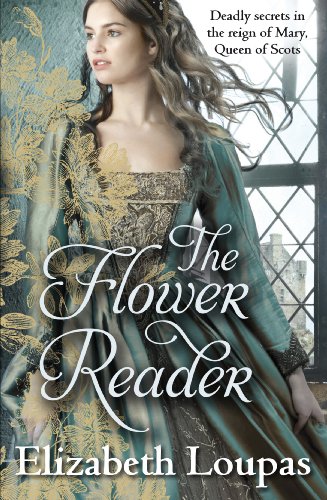 "This is a real bodice-ripping yarn with generous doses of love, honour, betrayal and tragedy. With Scotland’s shimmering light as its backdrop, this is a ‘must read’ for the summer holidays." (No.1 magazine)

"A beautifully written and intriguing story...I would not hesitate to recommend it to both individual readers and reading groups...Elizabeth Loupas is definitely an author to watch out for" (NewBooks Magazine)

With her dying breath, Mary of Guise entrusts a silver casket containing explosive secret papers to the young Scottish heiress, Rinette Leslie. She makes Rinette promise to keep the casket hidden and only to give it to Mary, Queen of Scots, now on her way home from France to ascend the throne.

But Rinette makes a terrible mistake - she cannot resist showing it to her beloved young husband, before consigning the casket to its hiding place. This fatal decision will lead them into a maze of conspiracy and murder, in which they - and the beautiful castle by the sea, which is Rinette's inheritance - become the targets of ruthless men who seek to possess the casket at all costs.

Unable to tell friend from foe at court, and desperate to protect the queen's secrets, Rinette has one powerful weapon which may save her - the ancient art of floramancy, through which she can interpret the language of flowers and sometimes predict the future. But if the flowers should stay silent, who can she trust then?