Love in a Cold Climate 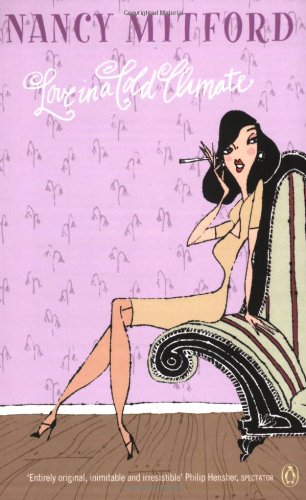 In one of the wittiest novels of them all, Nancy Mitford casts a finely gauged net to capture perfectly the foibles and fancies of the English upper class. Set in the privileged world of the county house party and the London season, the story of coldly beautiful Polly Hampton and her aristocratic parents is is a comedy of English manners between the wars by one of the most individual, beguiling and creative users of the language.

Nancy Mitford (1904-1973) was born in London, the eldest child of the second Baron Redesdale. Her childhood in a large remote country house with her five sisters and one brother is recounted in the early chapters of The Pursuit of Love (1945), which according to the author, is largely autobiographical.

After the war she moved, with her husband, to Paris where she lived for the rest of her life. She followed the success of The Pursuit of Love with Love in a Cold Climate (1949) The Blessing (1951) and Don't Tell Alfred (1960), published together in Penguin as The Nancy Mitford Omnibus. She also wrote four works of biography; Madame de Pompadour, first published to great acclaim in 1954, Voltaire in Love, The Sun King and Frederick the Great.

LOVE IN A COLD CLIMATE