Moby Dick: Or, the Whale 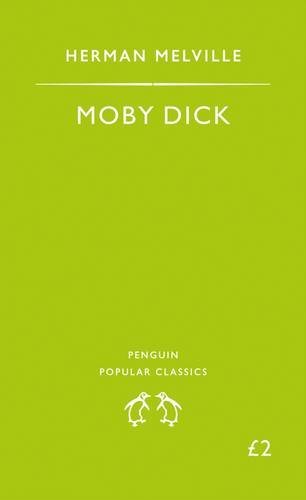 It is the horrible texture of a fabric that should be woven of ships' cables and hawsers. A Polar wind blows through it, and birds of prey hover over it."

So Melville wrote of his masterpiece, one of the greatest works of imagination in literary history. In part, Moby-Dick is the story of an eerily compelling madman pursuing an unholy war against a creature as vast and dangerous and unknowable as the sea itself. But more than just a novel of adventure, more than an encyclopaedia of whaling lore and legend, the book can be seen as part of its author's lifelong meditation on America. Written with wonderfully redemptive humour, Moby-Dick is also a profound inquiry into character, faith, and the nature of perception.

Herman Melville (1819-91) became in his late twenties a highly successful author of exotic novels based on his experiences as a sailor - writing in quick succession Typee, Omoo, Redburn and White-Jacket. However, his masterpiece Moby-Dick was met with incomprehension and the other later works which are now the basis of his reputation, such as Bartleby, the Scrivener and The Confidence-Man, were failures. Melville stopped writing fiction and the rest of his long life was spent first as a lecturer and then, for nineteen years, as a customs official in New York City. He was also the author of the immensely long poem Clarel, which was similarly dismissed. At the end of his life he wrote Billy Budd, Sailor which was published posthumously in 1924.