HORNBY ABOUT A BOY FILM

ABOUT A BOY FILM 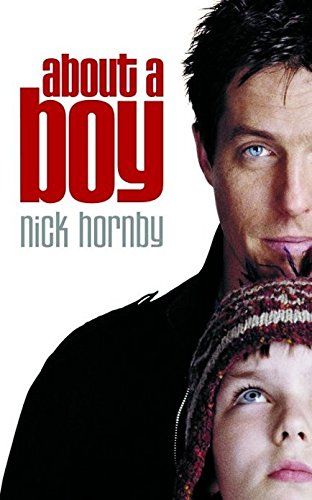 'How cool was Will Freeman?'

Too cool! At thirty-six, he's as hip as a teenager. He's single, child-free, goes to the right clubs and knows which trainers to wear. He's also found a great way to score with women: attend single parents' groups full of available (and grateful) mothers, all hoping to meet a Nice Guy.

Which is how Will meets Marcus, the oldest twelve-year-old on the planet. Marcus is a bit strange: he listens to Joni Mitchell and Mozart, looks after his mum and has never owned a pair of trainers. But Marcus latches on to Will - and won't let go. Can Will teach Marcus how to grow up cool? And can Marcus help Will just to grow up?

This astonishing novel, now a modern classic, was adapted for the acclaimed 2002 film About A Boy, starring Hugh Grant and Nicholas Hoult. Fans of One Day by David Nicholls and Any Human Heart by William Boyd will devour this book, as will lovers of fiction everywhere.

'A stunner of a novel. Utterly read-in-one-day, forget-where-you-are-on-the-tube-gripping' Marie Claire

'About the awful, hilarious, embarrassing places where children and adults meet, and Hornby has captured it with delightful precision' Irish Times

'It takes a writer with real talent to make this work, and Hornby has it - in buckets' Literary Review

Nick Hornby is the author of six bestselling novels: High Fidelity; About a Boy; How to be Good; A Long Way Down; Juliet, Naked; and Funny Girl; as well as a novel for young adults, Slam. His non-fiction includes Fever Pitch, 31 Songs, The Complete Polysyllabic Spree and Stuff I've Been Reading. He has written numerous screenplays including the Oscar-nominated An Education and Brooklyn.

About a Boy (Paperback)

About a Boy (Paperback)

Buchbeschreibung Paperback. Zustand: New. Language: English. Brand new Book. THE MILLION COPY NO. 1 BESTSELLER THAT BECAMEAN ACCLAIMED FILM STARRING HUGH GRANT AND NICOLAS HOULT 'A very entertaining and endearing read' The Times___________________Thirty-six-year-old Londoner Will loves his life. Living carefree off the royalties of his dad's Christmas song, he's rich, unattached and has zero responsibilities - just the way he likes it.But when Will meets Marcus, an awkward twelve-year-old who listens to Joni Mitchell and accidentally kills ducks with loaves of bread, an unlikely friendship starts to bloom. Can this odd duo teach each another how to finally act their age?Hugely funny and equally heartfelt, Nick Hornby's classic proves you're never too old to grow up. Perfect for fans of David Nicholls and Mike Gayle.___________________'A stunner of a novel. Utterly read-in-one-day, forget-where-you-are-on-the-tube-gripping' Marie Claire'About the awful, hilarious, embarrassing places where children and adults meet, and Hornby has captured it with delightful precision' Irish Times'It takes a writer with real talent to make this work, and Hornby has it - in buckets' Literary Review. Bestandsnummer des Verkäufers AAZ9780141007335