Orwell, George Down and Out in Paris and London (Penguin Modern Classics)

Down and Out in Paris and London (Penguin Modern Classics) 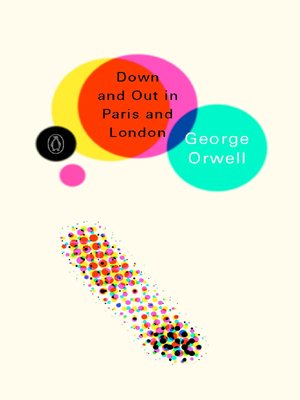 Written when Orwell was a struggling writer in his twenties, the book documents his 'first contact with poverty': sleeping in bug-infested hostels and doss houses, working as a dishwasher in Paris, surviving on scraps and cigarette butts, living alongside tramps, a star-gazing pavement artist and a starving Russian ex-army captain. Exposing a shocking, previously hidden world to readers, Orwell gave a human face to poverty, and in doing so, found his voice as a great writer.

Eric Arthur Blair (1903-1950), better known by his pen-name, George Orwell, was born in India, where his father worked for the Civil Service. An author and journalist, Orwell was one of the most prominent and influential figures in twentieth-century literature. His unique political allegory Animal Farm was published in 1945, and it was this novel, together with the dystopia of Nineteen Eighty-Four (1949), which brought him world-wide fame. His novels and non-fiction include Burmese Days, Down and Out in Paris and London, The Road to Wigan Pier and Homage to Catalonia.

Modern Classics Down And Out In Paris And London