Verwandte Artikel zu The Road to Reality: A Complete Guide to the Laws of...

Penrose, Roger The Road to Reality: A Complete Guide to the Laws of the Universe

The Road to Reality: A Complete Guide to the Laws of the Universe 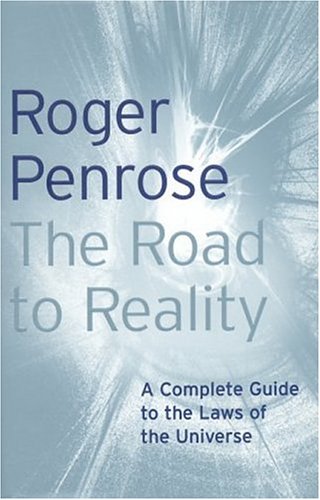 Praise for "The Road to Reality" by Roger Penrose "A truly remarkable book...Penrose does much to reveal the beauty and subtlety that connects nature and the human imagination, demonstrating that the quest to understand the reality of our physical world, and the extent and limits of our mental capacities, is an awesome, never-ending journey rather than a one-way cul-de-sac."--"London Sunday Times" "Penrose's work is genuinely magnificent, and the most stimulating book I have read in a long time."--"Scotland on Sunday ""Science needs more people like Penrose, willing and able to point out the flaws in fashionable models from a position of authority and to signpost alternative roads to follow."--"The Independent" "What a joy it is to read a book that doesn't simplify, doesn't dodge the difficult questions, and doesn't always pretend to have answers...Penrose's appetite is heroic, his knowledge encyclopedic, his modesty a reminder that not all physicists claim to be able to explain the world in 250 pages."--"London Times" "For physics fans, the high point of the year will undoubtedly be "The Road to Reality.""--"Guardian"

The Road to Reality, some 1000 pages long, aims to provide a comprehensive account of our present understanding of the physical universe, and the essentials of its underlying mathematical theory. No particular mathematical knowledge on the part of the reader is assumed - the early chapters providing the essential mathematical background for the physical theories described in the remainder of the book. The aim is to convey something of an overall understanding - a feeling for the deep beauty and philosophical connotations of the subject, as well as of its intricate logical interconnections. Clearly, a work of this nature is challenging, but there is enough descriptive material to carry the less mathematically inclined reader through, as well as some 450-500, mostly hand-drawn, figures. The book provides a feeling for all the key issues and deep current controversies, and counters the common complaint that cutting-edge science is fundamentally inaccessible. The topics covered in this book include: the roles of different kinds of numbers and of geometry in physics; the ideas - and magic - of calculus and of modern geometry; notions of infinity; the physics and mathematics of relativity theory; the foundations and controversies of quantum mechanics; the standard model of particle physics; cosmology; the big bang; black holes; the profound challenge of the second law of thermodynamics; string and M theory; loop quantum gravity; twistors; fashions in science; and new directions.