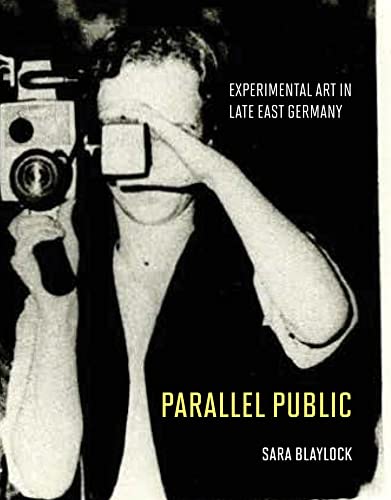 Buchbeschreibung Hardback. Zustand: New. Language: English. Brand new Book. How East German artists made their country's experimental art scene a form of (counter) public life. Experimental artists in the final years of the German Democratic Republic did not practice their art in the shadows, on the margins, hiding away from the Stasi's prying eyes. In fact, as Sara Blaylock shows, many cultivated a critical influence over the very bureaucracies meant to keep them in line, undermining state authority through forthright rather than covert projects. In Parallel Public, Blaylock describes how some East German artists made their country's experimental art scene a form of (counter) public life, creating an alternative to the crumbling collective underpinnings of the state. Blaylock examines the work of artists who used body-based practices--including performance, film, and photography--to create new vocabularies of representation, sharing their projects through independent networks of dissemination and display. From the collective films and fashion shows of Erfurt's Women Artists Group, which fused art with feminist political action, to Gino Hahnemann, the queer filmmaker and poet who set nudes alight in city parks, these creators were as bold in their ventures as they were indifferent to state power. Parallel Public is the first work of its kind on experimental art in East Germany to be written in English. Blaylock draws on extensive interviews with artists, art historians, and organizers; artist-made publications; official reports from the Union of Fine Artists; and Stasi surveillance records. As she recounts the role culture played in the GDR's rapid decline, she reveals East German artists as dissenters and witnesses, citizens and agents, their work both antidote to and diagnosis of a weakening state. Bestandsnummer des Verkäufers AA99780262046633