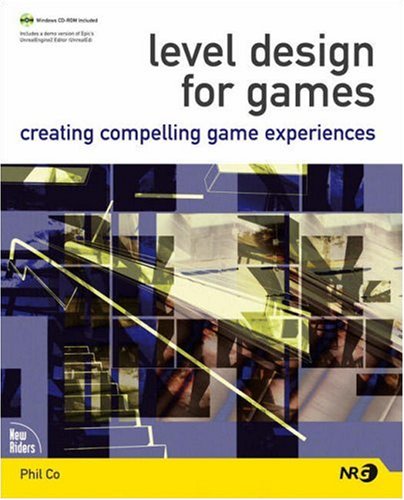 At the heart of any great computer game are expertly designed levels: the locales and stages that define gameplay. And at the core of any strong game development team are the level designers: the people who create the spaces and environments that you move through while playing the game. And because level design doesn't require a fine arts or programming degree, it's one of the best avenues into a career in game development. Level Design for Games: Creating Compelling Game Experiences is the definitive guide to level design, both for aspiring game developers, and for industry pros looking for practical, best-practice tips and advice. With over ten years of experience with some of the industry's top developers, Phil Co starts the reader at the very beginning of the game development process, explaining the level designer's role in the all-important preproduction phase. Co then moves into the production phase, using a fictional level to demonstrate how to create and refine your level. Packed with screenshots, diagrams, and real-world examples, this book gives you all the tools you need to build your own professional-grade level, including level narratives, descriptions, diagrams, and templates. Chapter assignments help you practice what you've learned, and the demo of Epic's UnrealEngine2 Editor (UnrealEd), included on the companion CD-ROM, gives you hands-on experience with an industry-standard tool. Phil Co has a degree in architecture from the University of Virginia but opted instead for a career in video games. Starting out as a tester at SEGA, he's been a level designer since 1996 for some of the best-regarded game developers in the industry, including Cyclone Studios, Blizzard, and Valve Software, makers of the hugely popular "Half-Life" series. Phil lives in Seattle with his wife and son. "Anyone interested in a level design career should read this book. Phil does an excellent job covering all the aspects of level design across several game genres." -Rob Pardo, Vice President of Game Design, Blizzard Entertainment "An indispensable guide to the theory, process, and practice of level design." -Robin Walker, Designer, Valve Software "This book contains a wealth of valuable information for anyone interested in Level Design. It is one of the few books I would recommend to my gaming students." -Todd Robinson, Game Design Instructor, Academy of Art University, San Francisco