Barnes, Julian A History of the World in 10¼ Chapters (Picador Books)

A History of the World in 10¼ Chapters (Picador Books) 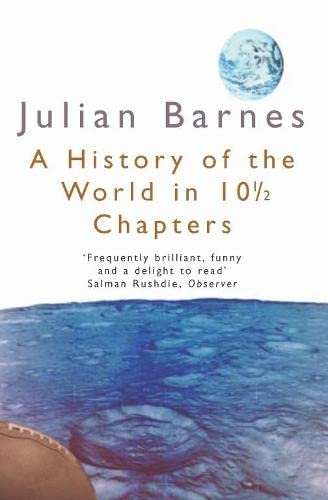 A stowaway aboard Noah's Ark gives us his account of the Voyage - a surprising, subversive one, quite unlike the official version - which explains a lot about how the human race has subsequently developed. A guest lecturer on a cruise ship in the Aegean has his work interrupted by a group of mysterious visitors who place him in a cruel dilemma. An ecclesiastical court in medieval France hears a bizarre case . . . Barnes creates a kaleidoscope of narrative voices - from fiction and fact, painting and snatches of autobiography - that comes slowly and compellingly into focus. `You will want to read it again and again, and why not? There's nothing around to touch it.' Anne Smith, Literary Review `There is more moral and intellectual fodder, and more jokes, here than you will read in a month of Sundays . . . storytelling and teaching which captivate, liberate, and above all, enchant' Financial Times `Funny, ironic, erudite, surprising, and not afraid to take a dive overboard into the depths of sorrow and loss. My novel of the year' Nadine Gordimer