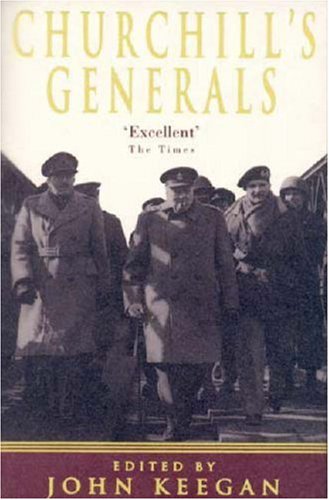 Afficionados of the campaigns of the Second World War will enjoy a wallow in this book. John Keegan has produced good military writers to describe the generals both in victory and defeat (Spectator)

Military history doesn't get much better than this. A real gem for aficionados. (SCOTTISH LEGION NEWS)

Churchill's reputation as prime Minister during the Second World War fluctuated according to the success and failures of his generals. Most of them were household names, and often heroes, during the war years. All of them were prey to the intolerance, interference, irascibility - and the inspiration - of the man who wanted to be bothe the general on the field and the presiding strategic genius. As his long-suffering Chief of the Imperial General Staff Sir Alan Brooke (later Lord Alanbrooke) remarked: 'Winston ahd ten ideas every day, only one of which was good, and he did nbot know which it was.' He sacked his warlords ruthlessly, yet in the end he cam to be served by perhaps the greatest generals this country has ever produced.

In this unique collection of essays by eminent historians, John Keegan has assembled a cast of twenty generals whose reputations were made (and some of them broken) by Churchill and the Second World War. They include Wavell, Ironside, Ritchie, Auchinleck, Montgomery, Alexander, Percival, Wingate, Slim and Carton de Wiart