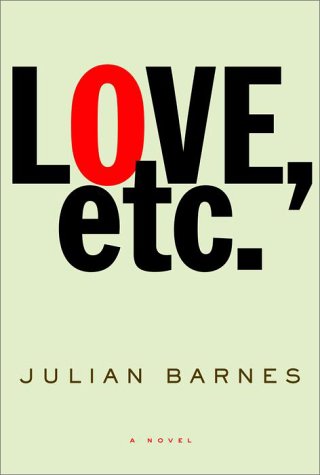 The characters of Talking It Over--Stuart, his wife Gillian, and his former best friend and his wife's lover, Oliver--return as they continue to discuss the mysteries of human relationships, emotion, and love, in a novel in which the diverse characters speak directly to the reader. 40,000 first printing.

Buchbeschreibung Zustand: New. In matters of love and friendship, how much can be endured? What might be forgiven? And who?"given the inevitable, knotty complications?"is desirable still? From such questions, and using all the surprising, sophisticated ingredients of a delightful farce, Julian Barnes has created a tragicomedy of human frailties and needs. Love, etc. stars three characters introduced a decade ago in Talking It Over?"to which this novel has an eerie, freestanding relation. Which is precisely how Stuart feels toward Gillian, his wife before his witty, feckless, former best friend Oliver stole her away. True, he did make a fuss at their subsequent wedding, and spied on them in their French village; but he was agreeable about the divorce, moved to America, remarried briefly, prospered, then returned to London shortly after Oliver and Gillian, avec les enfants, did. Meanwhile, Oliver?s artistic ambitions have turned to ashes in his mouth, so it?s Gillian supporting the household?"until Stuart rejoins them. What transpires to further complicate the situation doesn?t bear repeating, especially as the three principals along with many others are allowed to speak directly to the reader, to whisper their secrets and argue their own particular versions of what actually happened, and why. Indeed, emerging from this crux are a number of truths we all live by: faith and generosity, trust and commitment, toward ourselves and our loved ones; or, absent those, banality and even brutality. Every bit as funny and intelligent as anything Julian Barnes has written, Love, etc. is also fabulously engaging, powerfully dramatic, and profoundly unsettling. Bestandsnummer des Verkäufers 9780375411618