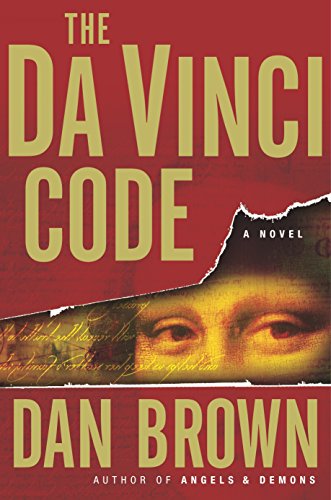 "Dan Brown has to be one of the best, smartest, and most accomplished writers in the country. THE DA VINCI CODE is many notches above the intelligent thriller; this is pure genius."
-NELSON DeMILLE, #1 New York Times bestselling author

"Intrigue and menace mingle in one of the finest mysteries I've ever read. An amazing tale with enigma piled on secrets stacked on riddles."
-CLIVE CUSSLER, #1 New York Times bestseller

"Dan Brown is my new must-read. THE DA VINCI CODE is fascinating and absorbing -- perfect for history buffs, conspiracy nuts, puzzle lovers or anyone who appreciates a great, riveting story. I loved this book."
-HARLAN COBEN, New York Times bestselling author of Tell No One "The Da Vinci Code sets the hook-of-all-hooks, and takes off down a road that is as eye-opening as it is page-turning. You simply cannot put this book down. Thriller readers everywhere will soon realize Dan Brown is a master."
-VINCE FLYNN, New York Times bestselling author of Separation of Power "I would never have believed that this is my kind of thriller, but I'm going to tell you something--the more I read, the more I had to read. In The Da Vinci Code, Dan Brown has built a world that is rich in fascinating detail, and I could not get enough of it. Mr. Brown, I am your fan."
ROBERT CRAIS, New York Times bestselling author of Hostage
ReseŮa del editor:

When an elderly curator of the Louvre turns up murdered, his body surrounded by enigmatic ciphers written in invisible ink, code-breaker Robert Langdon and French cyptologist are called in to unravel the clues to the killing, only to discover that the riddles are linked to the works of Leonardo da Vinci and to a clandestine, ruthless sect within the Catholic Church. 100,000 first printing.

The Da Vinci Code: A Novel

The Da Vinci Code: A Novel

Buchbeschreibung Hardback. Zustand: New. Language: English. Brand new Book. While in Paris on business, Harvard symbologist Robert Langdon receives an urgent late-night phone call: the elderly curator of the Louvre has been murdered inside the museum. Near the body, police have found a baffling cipher. While working to solve the enigmatic riddle, Langdon is stunned to discover it leads to a trail of clues hidden in the works of Da Vinci -- clues visible for all to see -- yet ingeniously disguised by the painter. Langdon joins forces with a gifted French cryptologist, Sophie Neveu, and learns the late curator was involved in the Priory of Sion -- an actual secret society whose members included Sir Isaac Newton, Botticelli, Victor Hugo, and Da Vinci, among others. In a breathless race through Paris, London, and beyond, Langdon and Neveu match wits with a faceless powerbroker who seems to anticipate their every move. Unless Langdon and Neveu can decipher the labyrinthine puzzle in time, the Priory's ancient secret -- and an explosive historical truth -- will be lost forever. THE DA VINCI CODE heralds the arrival of a new breed of lightning-paced, intelligent thriller.utterly unpredictable right up to its stunning conclusion. Bestandsnummer des Verkšufers BZE9780385504201