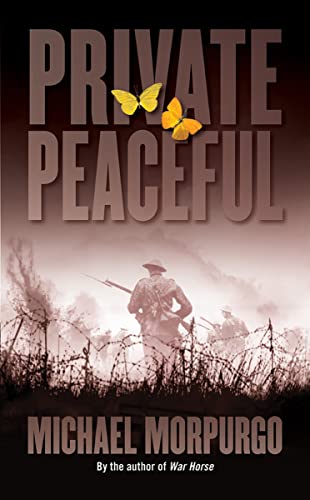 When Thomas Peaceful's older brother is forced to join the British Army, Thomas decides to sign up as well, although he is only fourteen years old, to prove himself to his country, his family, his childhood love, Molly, and himself.

Michael Morpurgo, former Children's Laureate of Britain, is the author of War Horse, called “Superb" by the New York Times Book Review, and now a major motion picture. His other prize-winning books include Kensuke's Kingdom, Private Peaceful, and The Amazing Story of Adolphus Tips. Michael lives in Devon, England, with his wife, Clare. Together, they founded the charity Farms for City Children, which gives children from urban areas an opportunity to spend a week working on a farm in the countryside. You can find out more about him and his books at michaelmorpurgo.org.