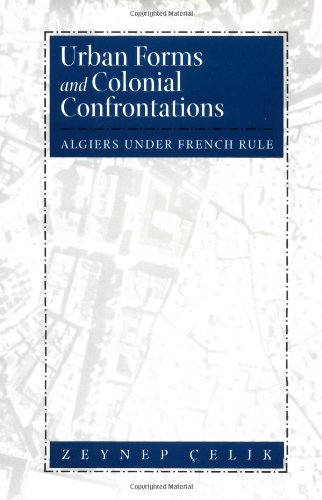 Reseńa del editor:
During its long history as the French colonial city par excellence, Algiers was the site of recurrent conflicts between colonizer and colonized. Through architecture and urban forms confrontations were crystallized, cultural identities were defined, and social engineering programs were shaped and challenged. In this pathbreaking book, Zeynep Celik reads the city of Algiers as the site of social, political, and cultural conflicts during the 132 years of French occupation and argues that architecture and urban forms are integral components of the colonial discourse. Algiers' city planning, based on what Celik calls 'the trial-and-error' model of French colonial urbanism, included the fragmentation of the casbah, ambitious Beaux Arts schemes to create European forms of housing, master plans inspired by high modernism, and comprehensive regional plans.Eventually a dramatic housing shortage led all planning efforts to be centered on the construction of large-scale residential enclaves. French architects based their designs for domestic space on the concept of the 'traditional house,' itself an interdisciplinary colonial concept intertwined with the discourse on Algerian women. Housing also offered the French colonizers a powerful presence in a country where periodic resistance to the occupation eventually culminated in a seven-year war of liberation and an end to French rule. Extensively illustrated with photographs, maps, and housing plans, Celik's book presents a fascinating example of colonial urban planning. Algiers comes alive as a city that reflected all the conflicts of colonialism while embracing innovation.
Biografía del autor:
Zeynep Celik is Professor of Architecture at the New Jersey Institute of Technology. Her other books from California are The Remaking of Istanbul (1986), Displaying the Orient: Architecture of Islam at Nineteenth-Century World's Fairs (1992), and, as coeditor, Streets: Critical Perspectives on Public Space (1994).