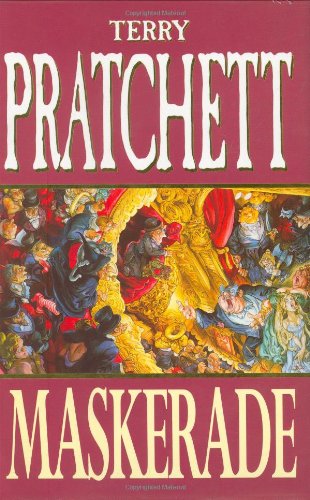 Granny Weatherwax and Nanny Ogg, the Discworld's greatest witches, are back for an "innocent" night at the opera. Naturally there's going to be trouble, but at the same time there'll be a good evening's entertainment with murders that you can really hum to.

Sir Terry Pratchett is a publishing phenomenon. Among his many prizes and citations are the World Fantasy Life Achievement Award, the Carnegie Medal, the BSFA Award, eight honorary doctorates and, of course, a knighthood. In 2012, he won a BAFTA for his documentary on the subject of assisted suicide, 'Terry Pratchett: Choosing to Die'. He is the author of fifty bestselling books but is best known for the globally renowned Discworld series.

The first Discworld novel, The Colour of Magic, was published in 1983, and the series is still going strong almost three decades later. Four Discworld novels - Hogfather, Going Postal, The Colour of Magic and The Light Fantastic - have been adapted for television, with more to follow. His books have sold approximately 85 million copies worldwide (but who's counting?), and been translated into thirty-seven languages.

In 2007, Terry Pratchett was diagnosed with early onset Alzheimer's Disease. He died in 2015.