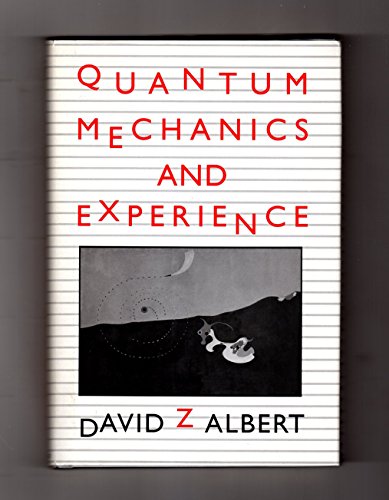 Over the past two decades, philosophers of physics have worked long and hard...to extract the philosophical pith from the theoretical physics. There are now a number of excellent books which explain the issues at a reasonably advanced level to non-physicists. Albert's is among the best of the bunch.--David Papineau "Times Literary Supplement "

The more science tells us about the world, the stranger it looks. When physics penetrated the atom early in this century, and gave us startling theories of what was going on in there, we found ourselves in a new world, the world of quantum mechanics, and what a shaky place it was. David Albert aims to offer a lively, lucid account of the foundations of quantum mechanics. His book is at once elementary and deeply challenging, an introduction accessible to anyone with high school mathematics and, at the same time, a rigorous discussion of the most important recent advances in our understanding of quantum physics, a number of them made by the author himself. For Albert, the problem of measurement is the "central" problem of quantum mechanics, and he devotes particular attention to various attempts to solve it - including theories of the collapse of the wave function, hidden-variable theories, and multiple-universe theories. The style and the clarity of this book should make it a welcome contribution to a field that has typically appeared a great deal more difficult and obscure than Albert shows it to be.