Verwandte Artikel zu Mayakovsky: A Poet in the Revolution (Studies of the...

Brown, Edward James Mayakovsky: A Poet in the Revolution (Studies of the Harriman Institute, Columbia University)

Mayakovsky: A Poet in the Revolution (Studies of the Harriman Institute, Columbia University) 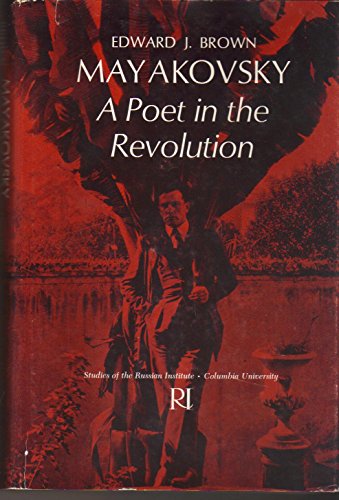 An absorbing portrait of an extraordinary man, an analysis of the work of a great Russian poet, and the evocation of a crucial period in Russian cultural history--all are combined in Edward J. Brown's literary biography of Vladimir Mayakovsky. It is the only book to reveal the whole Mayakovsky, not just aspects of his tortured personality or artistic work, and will be immediately recognized as definitive.

Mayakovsky contributed to the cultural life of Soviet Russia not only as a lyric poet but as a playwright, graphic artist, and satirist of the conventional art forms of his day. By examining his art in terms of his life, Edward Brown shows how intensely personal it was and how bound up in the literary and political history of his time. The intellectual turmoil of the period is skillfully re-created, especially the nature, ambience, and personalities of Russian futurism. Above all, the book reveals the man--a committed Bolshevik and a dedicated artist, but also a hypochondriac, compulsive gambler, and eventual suicide.

MAYAKOVSKY: A POET IN THE REVOLU