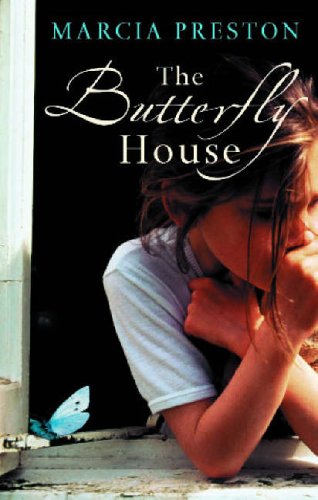 “I was fifteen when my mother finally told me the truth about my father. She didn’t mean to. She meant to keep it a secret forever. If she’d succeeded, it might have saved us all. ”

Roberta and Cynthia are destined to be best friends forever. When both your fathers are missing you have a lot in common. Unable to cope with her alcoholic mother, Roberta finds Cynthia’s house the perfect carefree refuge. Cynthia’s mother keeps beautiful, rare butterflies in her sunporch and she’s everything Roberta wishes her own mother could be. But just like the delicate creatures they nurture, the women are living in a hothouse.

Years later, a hauntingly familiar stranger knocks on Roberta Dutreau’s door, forcing her to begin a journey back to childhood. But is she ready to know the truth about what happened to her, her best friend Cynthia and their mothers that tragic night ten years ago?

Marcia Preston grew up on a wheat farm in central Oklahoma, and her first two books were mysteries in an Oklahoma setting. She was awarded the 2004 Mary Higgins Clark Award for suspense fiction, and the 2004 Oklahoma Book Award. Her most recent books are general fiction. Before writing novels full time, Marcia taught high school English and was a freelance writer for a long list of national magazines. She also published and edited a specialty magazine for writers.