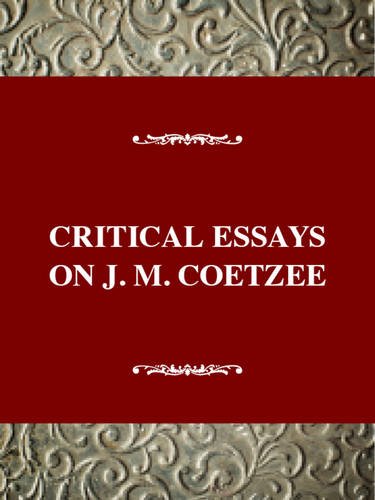 G. K. Hall's three series of critical essays give comprehensive coverage of major authors worldwide and throughout history. The full range of literary traditions and schools is represented. Each new volume is carefully conceived and developed to fill a gap in the literary criticism available today. Volume editors are established authorities on the lives, works, and critical receptions of their subjects. They are uniquely qualified to ensure the spectrum of critical controversies, trends, and techniques inspired by their subjects in their own countries and abroad, in their own eras and today. Each volume features: an introduction which provides the reader with a lucid overview of criticism from its beginnings illuminating controversies, evaluating approaches, and sorting out the schools of thought the most influential reviews and the best of reprinted scholarly essays; a section devoted exclusively to reviews and reactions by the subject's contemporaries; original essays, new translations, and revisions commissioned especially for the series; previously unpublished materials such as interviews, lost letters, and manuscript fragments; a bibliography of the subject's writings and interviews; and a name and subject index. John Maxwell Coetzee is an award winning, contemporary South African writer whose work has met with critical acclaim both in and outside of his native country. Routinely listed on course reading lists in the US, Europe, and Canada, he is the author of such novels as "The Life and Times of Michael K." (Booker Prize, 1983), "Waiting For The Barbarians" (1980), Foe (1987), and "The Master of Petersburg" (1994). This volume contains sixteen articles and essayslinked by their attention to central issues raised in Coetzee s writing such as the relationships between autobiography and fiction, literature and politics, sexuality and textuality, feminist poetics and fiction-making, and Apartheid. Edited and introduced by Coetzee scholar, Dr. Sue Kossew, this volume offers the reader and excellent opportunity to grasp the wide range of interpretations his books welcome.

Buchbeschreibung Twayne Publishers, 1998. Zustand: Good. 1st Edition. Ships from the UK. Shows some signs of wear, and may have some markings on the inside. Bestandsnummer des Verkäufers GRP108611547