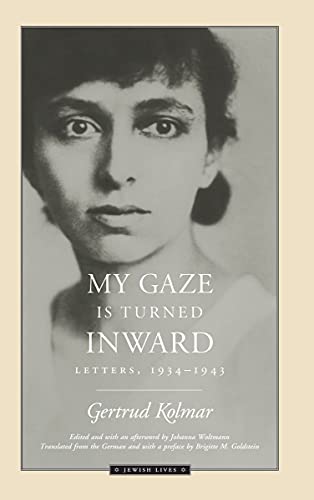 "Events of the time are a bit like Impressionist paintings...which combine into a recognizable whole only when observed from a distance. - Gertrud Kolmar, In a Letter to Her Sister, October 22. 1939

The letters of a gifted Jewish poet living in Nazi Germany; So a picture of Gertrud Kolmar, a gifted Jewish writer struggling to sustain her art and her family in the midst of the encroaching horrors of Nazi Germany, emerges clearly from these eloquent and allusive letters. Written in the stolen moments before her day as a forced laborer in a munitions factory began, the letters tell of Kolmar's move from the family home in Finkenkrug to a three-room flat in Berlin, which she and her father must soon share with other displaced Jews. They describe her factory work as a kind of learning experience, and assert, in the face of ever worsening conditions, that true art, never dependent on comfort or peace, is ""capable of triumphing over...time and place."" Indeed, these letters are a triumph of art, transforming an externally adverse fate and proclaiming the freedom of the human will in the midst of unfreedom. Though prevented by Nazi censorship from saying too much too directly, Kolmar nonetheless manages to convey the intensity and determination of her inner world as well as the relentlessness of the outer world bent on crushing her. For their insight into the mind and soul of a poet paradoxically submitting to and defying fate, and for their interior vision of one of history's darkest moments, these letters can be read as a unique document of literary, historical, and spiritual power.