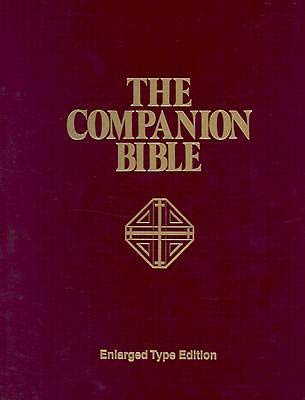 Buchbeschreibung Hardback. Zustand: New. Enlarged Type Indexed ed. Language: English. Brand new Book. E. W. Bullinger's exhaustively researched study Bible A direct descendant of the great Swiss reformer, Johann H. Bullinger, E. W. Bullinger was a life-long scholar and writer. He studied at King's College, London, from 1860 through 1861 and was ordained in the Church of England in 1862. In 1867 he was appointed to the position of clerical secretary for the Trinitarian Bible Society, a post he would hold until his death. The Companion Bible by Bullinger was released in six parts, beginning in 1910, and Bullinger's identity as author of the notes and editor was purposely left off the title page. The introduction notes: To the same end this Bible is not associated with the name of any man; so that its usefulness may neither be influenced nor limited by any such consideration; but that it may commend itself, on its own merits, to the whole English-speaking race. The text of The Companion Bible is the Authorized Version (KJV). Bullinger's notes relied upon many sources from the biblical studies of that era, particularly the emerging archaeological and linguistic discoveries of the late 19th century. Notes within the text of this 2,176 page, one-volume study Bible give valuable insights into the original Greek and Hebrew languages. Alternate translations, explanations of figures of speech, cross-references and an introductory detailed outline of each book and chapter are among the many features which Bible students, pastors, and seminarians will find helpful. Study helps in The Companion Bible include: 198 appendices, keyed to the study notes, which include explanations of Greek and Hebrew words and their use Charts, parallel passages, maps, proper names and their pronunciation Timelines plus other special information and topical studies Distinguishing type for divine names and titles. Archaeological findings and historical genealogies. Figures of speech which are noted and explained. Hebrew words supplied in their root form. Emphasized pronouns in the original text given in distinguishable type. Cross-references supplied to similar words in the original text. 10 point type size Burgundy hardcover. Bestandsnummer des Verkäufers AAJ9780825446313