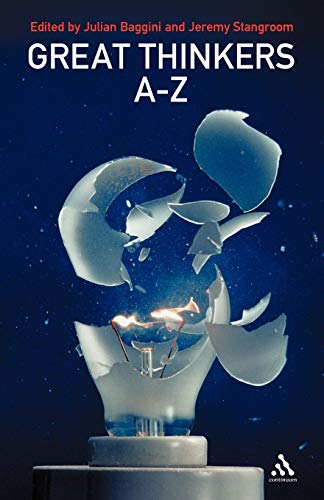 "If you just can't remember what you learned in college about Gottlob Frege or Gilbert Ryle, this is the place to turn for help. The editors' selections are both comprehensive and somewhat idiosyncratic, as they admit in their introduction: not every great thinker is included in the 100 here, but rather the representative of all major schools of thought, from Pythagoras to postmodern. This is not philosophy for dummies Kant will never be simple but the author of each segment boils the thinker's idea's down to a point where they can be fairly well absorbed. Most useful to the student who needs a quick reference on these thinkers and their ideas, this volume also provides lists of suggested reading for those who wish to use it as a starting point for further investigation."--Sanford Lakoff "Publishers Weekly "

Buchbeschreibung Soft cover. Zustand: Brand New. 1st Edition. Index. Great Thinkers 101 lively and concise snapshots of the people who have shaped western thought from ancient ancient times to today. the key figures from all major western philosophical traditions and periods are here. Also i,ncluding are other major thinkers, such as Freud, Darwin and einstein. Who, while not philosophers themselves, have nevertheless had a major impact on philosophy. Together, these snapshots offer a full and fascinating overview of western philosophy. Size: Octavo. Book. Bestandsnummer des Verkäufers 000007