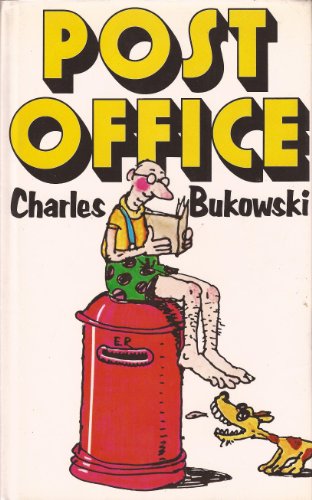 Buchbeschreibung Hardcover. Zustand: Near Fine. Zustand des Schutzumschlags: Near Fine. Meg Williams [Jacket design] (illustrator). Second UK Edition. First impression of the second UK edition, published in 1980 by Melbourne House. The first edition was published in 1974 by London Magazine Editions (LME). Jacket design by Meg Williams. Black and white photograph portrait of Charles Bukowski to the rear panel of the dustwrapper. ***Near fine in red cloth-covered boards with gilt titles to spine. No bumps. Corners sharp. Boards clean and unmarked. No inscriptions. Spine tight. No foxing. Pages bright and clean. ***In a near fine colour-illustrated dustwrapper that has not been price-clipped, showing the original publisher's price of Ł6.25. No tears. No chips. No creasing. No fading. Dustwrapper clean and bright. Just a slight indentation to the front panel of the dustwrapper near the spine - hardly noticeable. ***224mm x138mm. 160 pages. ***'Post Office will not tell you anything about licking stamps or posting letters. Instead, it is a loosely autobiographical novel by the highly-acclaimed American poet and writer, Charles Bukowski. (Sartre and Genet have called him "the best poet in America"). ***Post Office is his own starkly funny and magnificently honest account of the years he spent in a Los Angeles mailroom. ***Charles Bukowksi is not a pretty person. In fact, he's quite a rough-swearing, hard-drinking, battle-scarred individual. His chauvinistic thoughts about women would make any feminist bristle with indignation. He makes his home in the slum area of Los Angeles, where life is anything but sweet and gentle. ***Not a pretty person, no. And yet a fascinating, almost legendary man whose brutal wit would astound and delight you. ***Post Office is Charles Bukowski's amazing first novel, about "Herny Chiaski", the man who works in a Los Angeles mailroom.' ***Charles Bukowksi is a major contemporary American writer and poet, whose works have received much international acclaim and comment. ***He was born in Andernach, Germany, in 1920, and went to live in the United states when he was two years old. He was brought up in Los Angeles, where he still makes his home. ***He began writing in his early twenties, published his first collection of poems at the age of thirty-five, and has now published more than twenty books of poetry and prose. Hundreds of his stories and poems have appeared in magazines and newspapers. Post Office is his first published novel.' (Quote from inside front and rear of dustwrapper blurb). ***This is a first impression of the second UK edition, extremely hard to find, especially in its original dustwrapper in such bright clean collectable condition. This edition was preceded in the UK by the London Magazine Editions publication in 1974, which is equally scarce. A virtually unread copy. ***For all our books, postage is charged at cost, allowing for packaging: any shipping rates indicated on ABE are an average only: we will reduce the P & P charge where appropriate - please contact us for postal rates for heavier books and sets etc. Bestandsnummer des Verkäufers 7309