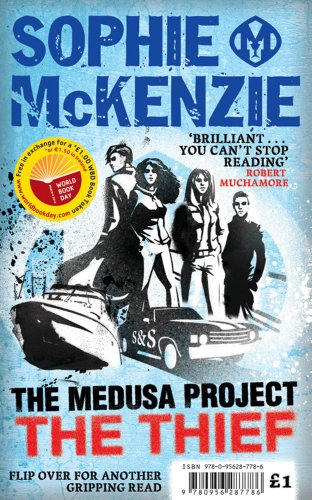 "Chris Higgins writes in a dead-on emulation of a teenage girl's voice."

"Higgins packs a lot into an easily-read book, taking the issues seriously but presenting them with a welcome lightness of touch."

"Written with assurance and style this is page-turning material."

"The author skilfully keeps you turning the pages and caring about her characters." (Publishing News) ReseŮa del editor:

Felix is not scared to be different - but his fellow pupils find him confusing. Felix doesn't care, but everyone around him seems to have something to say about how he's living his life... Why can't they just let him be Felix?

Fourteen years ago, four babies were implanted with the Medusa gene - a gene for psychic abilities. Now teenagers, Nico, Ketty, Ed and Dylan have each developed their own distinct and special skill. Brought together by government agents, they make up The Medusa Project - a secret crime-fighting force. On their way to a distant boot camp, the four teens are attacked and forced to carry out a high risk diamond theft ...