Verwandte Artikel zu Angel Face: Sex, Murder, and the Inside Story of Amanda...

Perseus Angel Face: Sex, Murder, and the Inside Story of Amanda Knox [The movie tie-in to The Face of an Angel]

Angel Face: Sex, Murder, and the Inside Story of Amanda Knox [The movie tie-in to The Face of an Angel] 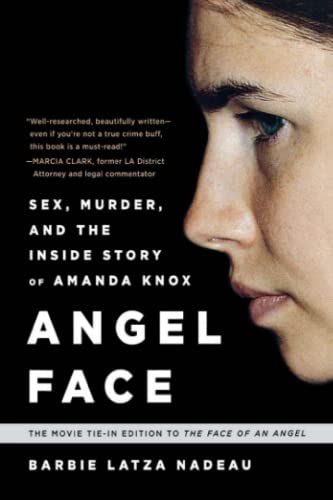 The inspiration for the film The Face of an Angel, starring Kate Beckinsale and Daniel BrühlIn November 2007 Meredith Kercher, a fresh-faced honor student, was found dead in her shared apartment in Perugia, Italy. Her body, naked but for a T-shirt, was covered in bruises her blood-smeared hand was suspended in the air above her face and she had fatal stab wounds in her neck. The Italian police eventually arrested three people in connection with Meredith's killing. One was her flat-mate Amanda Knox who, with her boyfriend Raffaele Sollecito and Rudy Guede, was convicted of murder in 2011. They received jail terms of twenty-six and twenty-five years. After four years in prison, Knox and Sollecito successfully appealed their convictions and were released, only to be reconvicted in January 2014.Barbie Latza Nadeau covered every step of the investigation, trial, and appeal. She has been relentless in following the byzantine processes of Italian law and has never lost sight of the central question: who killed Meredith Kercher?

Rome Bureau Chief for The Daily BeastBarbie Latza Nadeau reported weekly on the Amanda Knox case,on the original trial throughout 2008 and 2009 and the subsequent trials as well. She also regularly contributes to Newsweekand frequently appears as a commentator on CNN and the BBC. She reports from her home in Rome, Italy, on everything from natural disasters to papal investitures.

Angel Face: Sex, Murder, and the Inside Story of Amanda Knox [The movie tie-in to The Face of an Angel] (Paperback)

Buchbeschreibung Paperback. Zustand: New. 2nd edition. Language: English. Brand new Book. Despite all the airtime devoted to Amanda Knox, it's still hard to reconcile the fresh-faced honor student from Seattle with the sexually rapacious killer convicted of the November 2007 murder of her British roommate. Few Americans have heard all of the powerful evidence that convinced a jury that Knox was one of three people to sexually assault Meredith Kercher, brutalize her body, and cut her throat. In Angel Face, Rome-based Daily Beast senior writer Barbie Latza Nadeau -- who cultivated personal relationships with the key figures in both the prosecution and the defense -- describes how the Knox family's heavy-handed efforts to control media coverage distorted the facts, inflamed an American audience, and painted an offensive, inaccurate picture of Italy's justice system. An eye-opener for any parent considering sending a child away to study, Angel Face reveals what really went on in this incomprehensible crime. Bestandsnummer des Verkäufers HUK9780991247622

Angel Face: Sex, Murder, and the Inside Story of Amanda Knox [The movie tie-in to The Face of an Angel] Paperback

Angel Face: Sex, Murder, and the Inside Story of Amanda Knox [The movie tie-in to The Face of an Angel]