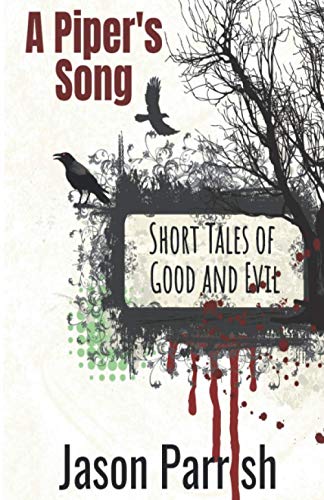 A Piper's Song: Short Tales of Good and Evil (Paperback)

Buchbeschreibung Paperback. Zustand: New. Language: English. Brand new Book. A horrifically beautiful collection of short stories, poetry, and free verse, A Piper's Song may change the way you think about Christian Horror. Stories include.Wordslinger: Meet Marvin Blick, a forty-two year old accounting clerk who will not live to celebrate number forty-three. Bullied at work, failing as a writer, and unaware of the cancer snaking through his brain, Marv turns to the only friend he knows.Al the janitor. My Mandy: Jackson Reader is going to die in less than an hour when the state of Tennessee administers life ending drugs, finally giving the murdered Gregg family justice. Jackson is innocent, but no one believes him; not his lawyer, not his mother.not even the chaplain who spends this last hour by his side. Araphel: The calculating demon from Darkness Watches returns. Hear what he has to say about his encounter with the young Daniel and the string of events it set in motion, as he tells the tale from a park bench in Pine Creek. Remix: Marvin Blick is back. Only this time, we see a side only a few knew until after his death. Set in Marvin's apartment during the final minutes of his life, Remix tells the last scene of Wordslinger from a different point of view. Same destination, different scenery. Nisan 17th: John plans to kill Professor Benjamin Katz before the end of class, but an unexpected complication arises when a stranger takes the seat right beside him. Dead Ringer: Isaac Watson's momma died of 'the fever'. He confides in his older friend, eleven-year-old Edgar, as men with shovels fill the hole and pound a wooden cross into the ground. When the men position a bell beside the cross then attach a length of twine to its top, Isaac questions Edgar to its purpose. Set on a poor southern farm in 1844, Dead Ringer pays homage to Edgar Allen Poe's "Premature Burial." first published in 1844 by the Philadelphia Dollar Newspaper. The Ghost Story: I am the one who whispers words in your head. Don't hear me here? I'll catch you in bed. We'll talk in your dreams as my sentences take hold. My brush, my lead.my canvas, your soul. Hand in hand we'll dance in the eye, chaos all around, over head clear sky. Twirling in the whirlwind, dancing in the rain, oh what a combination we'll be! Alone in your mind, a room you can't flee, can't wait to see when he meets we, just us three, you and him. Last Confessions: In the year 2039 it is punishable by death to own a Christian bible, mention the name of Jesus, or own a firearm. Just three of many laws passed after the Wars of Liberty. Last Confessions offers a glimpse into the final thoughts of several prisoners as they pen their last words. Incarcerated by The Authority for various crimes against society, each prisoner's carefully transcribed Official Confession is laid bare in this short tale with a twist. Bestandsnummer des Verkäufers APC9780997954456