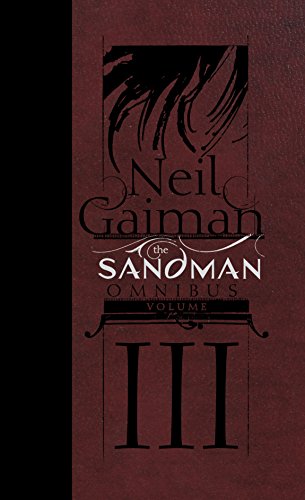 Críticas:
"Gaiman revisits Morpheus's universe with warmth and renewed delight" --Washington Post "Gorgeous." --The New York Times "Expansive and atmospheric, jammed with brainy, contemplative moments and dry humor.... Gaiman's vivid, wild imagination is grounded in Williams' and Stewart's beautiful, captivating artwork.... Sandman fans will surely be elated not only by the return to the story but also by the stunning, gorgeous artwork, which outshines the original."--- --Booklist "Dream is a long way from his realm, but for me reading this comic feels exactly like coming home." --The Guardian "Gaiman's lush world is only made all-the-more incredible thanks to its visuals." --Nerdist
Reseńa del editor:
The Sandman is the universally lauded masterwork following Morpheus, Lord of the Dreaming a vast, hallucinatory landscape housing all the dreams of any and everyone who s ever existed. Regardless of cultures or historical eras, all dreamers visit Morpheus realm be they gods, demons, muses, mythical creatures or simply humans who teach Morpheus some surprising lessons. Originally published 25 years after The Sandman first changed the landscape of modern comics, The Sandman: Overture brought back Neil Gaiman s legendary series with a never-before-told tale featuring Morpheus! The Sandman: Overture heralds New York Times best-selling writer Neil Gaiman s return to the art form that made him famous, ably abetted by artistic luminary JH Williams III (Batwoman, Promethea), whose lush, widescreen images provide an epic scope to the Sandman s origin story. From the birth of a galaxy to the moment that Morpheus is captured, The Sandman: Overture features cameo appearances by fan-favourite characters such as the Corinthian, Merv Pumpkinhead and, of course, the Dream King s siblings: Death, Desire, Despair, Delirium, Destruction and Destiny. Collects The Sandman: Overture #1-6, The Sandman: Dream Hunters #1-4, Death: The High Cost of Living #1-3 and Death: The Time of Your Life #1-3, plus variant covers and extra bonus stories!