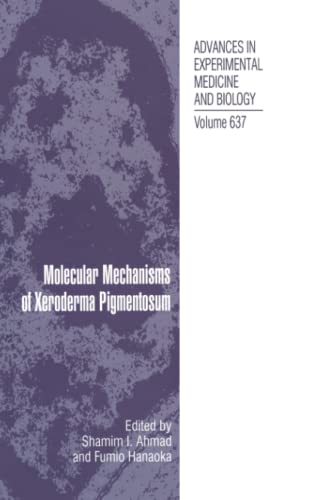 Xeroderma pigmentosum (XP), meaning parchment skin and pigmentary dist- bance, is a rare and mostly autosomal recessive genetic disorder that was originally named by two dermatologists, the Austrian Ferdinand Ritter von Hebra and his H- garian son in law Moritz Kaposi in 1874i and 1883. 2 The earliest published record (PubMed) available on the internet is a publication in 1949 by Ulicna Zapletalova under the title, "Contribution to the pathogenesis of xeroderma pigmentosum". ^ It was in the late 1960s when James Cleaver (contributor of Chapter 1 of this book), at the University of California, San Francisco, while working on nucleotide excision repair (NER), read an article in a local newspaper about XP and soon after obtained a skin biopsy from a patient suffering from XP that showed that cells from it were deficient in NER. Thus, his studies led to the discovery that indeed this genetic defect was due to mutations in DNA repair genes that imbalance the NER pathway. ^. s The discovery paved the way for further exploration of the link between DNA damage, mutagenesis, neoplastic transformation and DNA repair diseases. Since then, 4,088 papers, incl- ing excellent reviews, on XP are listed on the internet (PubMed data, February 2008), and an XP Society has been established in the USA (http://www. xps. org) and an XP Support Group in the United Kingdom (www. xpsupportgroup. org. uk).

Sham im I. Ahma d is a Senior Lecturer at Nottingham Trent University, Nottingham, England. After obtaining his MSc from Patna University, India, and his PhD from Leicester University, England, he joined Nottingham Polytechnic which subsequently became Nottingham Trent University. For about three decades he has been working in the field of DNA damage and repair particularly on Near UV photolysis of biological compounds, production of free radicals and their implications on human health including skin cancer and xeroderma pigmentosum. Also compounds inducing double strand DNA damage, 8-methoxypsoralen +UVA, mitomycin C, and nitrogen mustard have been under investigation including their importance in psoriasis treatment and Fanconi anemia. Additional research included: thymineless death in bacteria, genetic control of nucleotides catabolism, development of anti-AIDS drug, control of microbial infections of burns, phages of thermophiles and microbial flora of Chernobyl after the accident. In 2003 he received a prestigious “Asian Jewel Award” in Britain for “Excellence in Education”. He is also the Editor of the book, Molecular Mechanisms of Fanconi Anemia, published by Landes Bioscience.

Fumio Hanaoka is a Professor at the Graduate School of Frontier Biosciences, Osaka University and the Program Leader of the Solution Oriented Research for Science and Technology of the Japan Science and Technology Agency, Japan. He received his undergraduate and PhD degrees from the University of Tokyo and did his Postdoctoral at McArdle Laboratory for Cancer Research, University of Wisconsin, Madison, USA. He joined the University of Tokyo in 1980 and in 1989 moved to RIKEN Institute as the Head of the Radiation Research Laboratory. In 1995, he joined the Institute for Molecular and Cellular Biology (now known as Graduate School of Frontier Biosciences), Osaka University. His main research interests include the molecular mechanisms of DNA replication and repair in eukaryotes. He served as the President of Molecular Biology Society of Japan (2005-2007) and has been serving on several editorial boards, including Journal of Biological Chemistry and Genes to Cells.