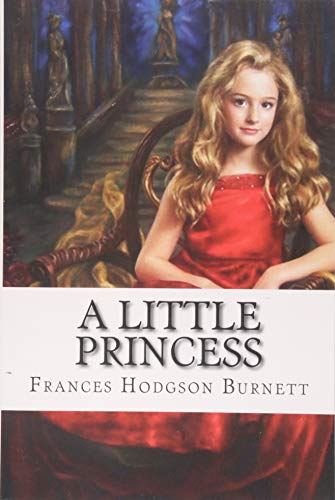 Reseńa del editor:
A Little Princess is a 1905 children's novel by Frances Hodgson Burnett. It is an expanded version of Burnett's 1888 short story entitled Sara Crewe: or, What Happened at Miss Minchin's, which was first serialized in St. Nicholas Magazine from 1887 to 1888. According to Burnett, after she composed the 1902 play based on the story, her publisher asked that she expand the story into the novel with "the things and people that had been left out before." The original book, A Little Princess: Being the Whole Story of Sara Crewe Now Being Told for the First Time, was published by Charles Scribner's Sons with illustrations by Ethel Franklin Betts. Based on a 2007 online poll, the National Education Association named the book one of its "Teachers' Top 100 Books for Children." It was one of the "Top 100 Chapter Books" of all time in a 2012 poll by School Library Journal.
Biografía del autor:
Frances Hodgson Burnett is the award-winning author of such children s classics as The Secret Garden, Little Lord Fauntleroy, and A Little Princess. Born in Manchester, England in 1849, Burnett immigrated with her family to Knoxville, Tennessee, at the age of sixteen, and there began her career writing stories for magazines, eventually publishing her first novel, That Lass o Lowries, in 1877. The publication of Little Lord Fauntleroy in 1886 cemented her popularity as a children s author, although she continued to write adult fiction as well. Frances Burnett Hodgson died in Long Island in 1924.

Buchbeschreibung Paperback. Zustand: Good. A few small marks or stains to the page edges/pages . Minor shelf wear Good condition is defined as: a copy that has been read but remains in clean condition. All of the pages are intact and the cover is intact and the spine may show signs of wear. The book may have minor markings which are not specifically mentioned. Most items will be dispatched the same or the next working day. Bestandsnummer des Verkäufers wbb0019074734

Buchbeschreibung Paperback. Zustand: Very Good. The book has been read, but is in excellent condition. Pages are intact and not marred by notes or highlighting. The spine remains undamaged. Bestandsnummer des Verkäufers GOR007931180

Buchbeschreibung Paperback. Zustand: Used; Good. **Simply Brit** Shipped with Premium postal service within 24 hours from the UK with impressive delivery time. We have dispatched from our book depository; items of good condition to over ten million satisfied customers worldwide. We are committed to providing you with reliable and efficient service at all times. Bestandsnummer des Verkäufers 3198107