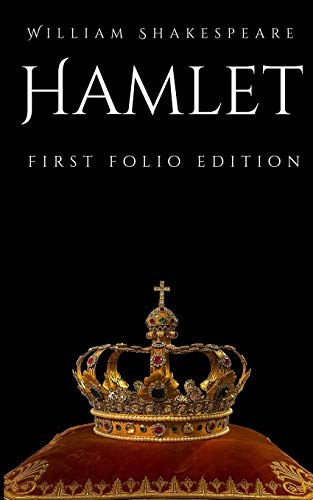 Hamlet, the Prince of Denmark, has family problems. His father, the King, is dead, and the Queen has married his uncle, who is now King. His inheritance stolen, his crown diverted, Hamlet has resigned himself to make the best of the situation—until the ghost of his father begins to appear nightly on the battlements of the castle. Hamlet confronts the ghost, who claims to have been murdered—by the man who now wears the crown. Will Hamlet find the truth in time to avenge his father? Or will the new King prevent Hamlet from gaining his rightful throne?

William Shakespeare was born on or near April 23, 1564, in Stratford-upon-Avon in England. He was a successful playwright and actor in London from 1592 to around 1613, and retired to his home in Stratford-upon-Avon at that time. He died in April in 1616, and left behind his wife, Anne Hathaway Shakespeare, and two daughters, Judith and Susanna. William Shakespeare is widely regarded as the greatest poet in the English language. He borrowed or stole plots from many ancient and contemporary sources, and much of Western civilization has been influenced by his work. As was common at the time, William Shakespeare's scripts were safeguarded by his company, the Lord Chamberlain's Men, later called the King's Men. Seven years after his death, two of his business partners, Henry Condell and John Heminge, collected Shakespeare's scripts and published them in what is now known as Shakespeare's First Folio. Though there have been countless modified versions of Shakespeare's plays published since then, the First Folio is the original, and the only printed work that has a legitimate claim to authenticity. The grammar, spelling, word choice, and punctuation of the First Folio are essential to gaining a connection to the scripts created by William Shakespeare for the stage.

Buchbeschreibung Paperback. Zustand: New. Language: English. Brand new Book. This is the text of the 1623 printing of the first folio. The original spelling and punctuation are completely intact. I have made two minor changes. First, I have capitalized and spelled out the character names. Bar. I haue seene nothing becomes BARNARDO. I haue seene nothing. The second change is that I have put the prose lines into prose form. If there was any possibility that a prose line could scan, however awkwardly, I have left the verse-like form of the line as it appears in the folio. Again, the spelling and punctuation of the 1623 first folio text are entirely intact. If you enjoy this copy of Hamlet, please take a moment to review the book online. Bestandsnummer des Verkäufers APC9781537025551