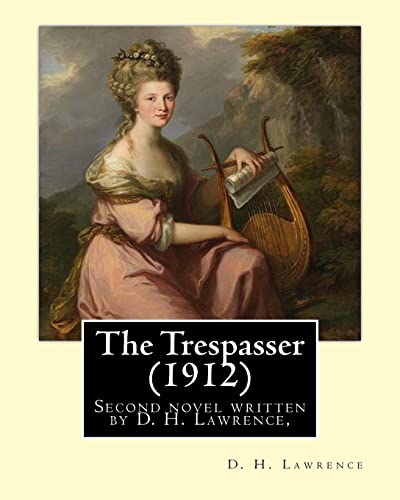 Buchbeschreibung Paperback. Zustand: New. Language: English. Brand new Book. The Trespasser is the second novel written by D. H. Lawrence, published in 1912. Originally it was entitled the Saga of Siegmund and drew upon the experiences of a friend of Lawrence, Helen Corke, and her adulterous relationship with a married man that ended with his suicide. Lawrence worked from Corke's diary, with her permission, but also urged her to publish; which she did in 1933 as Neutral Ground. Corke later wrote several biographical works on Lawrence. David Herbert Richards "D. H." Lawrence (11 September 1885 - 2 March 1930) was an English novelist, poet, playwright, essayist, literary critic and painter. His collected works represent, among other things, an extended reflection upon the dehumanising effects of modernity and industrialisation. Some of the issues Lawrence explores are emotional health, vitality, spontaneity and instinct. Lawrence's opinions earned him many enemies and he endured official persecution, censorship, and misrepresentation of his creative work throughout the second half of his life, much of which he spent in a voluntary exile which he called his "savage pilgrimage."At the time of his death, his public reputation was that of a pornographer who had wasted his considerable talents. E. M. Forster, in an obituary notice, challenged this widely held view, describing him as, "The greatest imaginative novelist of our generation." Later, the Cambridge critic F. R. Leavis championed both his artistic integrity and his moral seriousness, placing much of Lawrence's fiction within the canonical "great tradition" of the English novel. Early life: The 4th child of Arthur John Lawrence, a barely literate miner at Brinsley Colliery, and Lydia (née Beardsall), a former pupil teacher who, owing to her family's financial difficulties, had to do manual work in a lace factory, Lawrence spent his formative years in the coal mining town of Eastwood, Nottinghamshire. The house in which he was born, in Eastwood, 8a Victoria Street, is now the D. H. Lawrence Birthplace Museum. His working-class background and the tensions between his parents provided the raw material for a number of his early works. Lawrence roamed out from an early age in the patches of open, hilly country and remaining fragments of Sherwood Forest in Felley woods to the north of Eastwood, beginning a lifelong appreciation of the natural world, and he often wrote about "the country of my heart"[7] as a setting for much of his fiction. The young Lawrence attended Beauvale Board School (now renamed Greasley Beauvale D. H. Lawrence Primary School in his honour) from 1891 until 1898, becoming the first local pupil to win a County Council scholarship to Nottingham High School in nearby Nottingham. He left in 1901, working for three months as a junior clerk at Haywood's surgical appliances factory, but a severe bout of pneumonia ended this career. During his convalescence he often visited Hagg's Farm, the home of the Chambers family, and began a friendship with Jessie Chambers. An important aspect of this relationship with Chambers and other adolescent acquaintances was a shared love of books, an interest that lasted throughout Lawrence's life. In the years 1902 to 1906 Lawrence served as a pupil teacher at the British School, Eastwood. He went on to become a full-time student and received a teaching certificate from University College, Nottingham, in 1908. During these early years he was working on his first poems, some short stories, and a draft of a novel, Laetitia, which was eventually to become The White Peacock. At the end of 1907 he won a short story competition in the Nottingham Guardian, the first time that he had gained any wider recognition for his literary talents. Bestandsnummer des Verkäufers APC9781543239331