James, Joyce; Joyce, James A Portrait of the Artist as a Young Man

A Portrait of the Artist as a Young Man 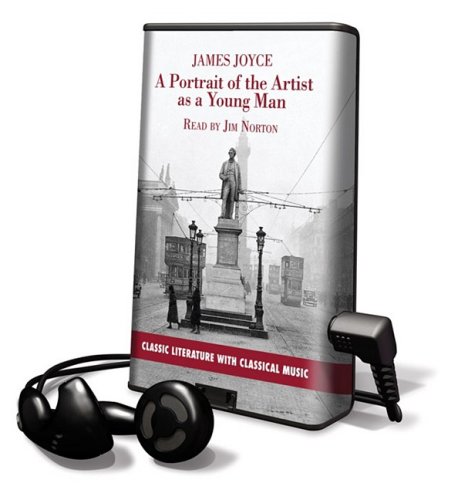 In A Portrait of the Artist as a Young Man, Joyce describes the early life of Stephen Dedalus: significant memories from infancy, school days, family life, his first taste of sin, guilt, repentance -- and his passage to freedom as he elects to leave Ireland forever. This is, in effect, an autobiography. Stephen is Joyce; every person he encounters and every incident he experiences, is drawn from life. The writing, though, displays the color and imagination of the very finest fiction, in language, which cries out to be read aloud.Jim Norton, one of Ireland's leading actors, is a Dubliner, and has worked regularly on Joycean topics. He worked extensively in Irish theater (Abbey, Gate), television, and radio before coming to London to work at the Royal Court and the Royal National Theatre. His many West End credits include Comedians, The Changing Room, The Contractor, Bedroom Farce, Chorus of Disapproval and The Weir.

A Portrait of The Artist as a Young Man: Library Edition

Buchbeschreibung preloaded_digital_audio_player. Zustand: Good. PLAYAWAY ** DIGITAL AUDIO PLAYAWAY EDITION ** withdrawn from the library collection. A PLAYAWAY is a Compact Digital Audio Player already pre-loaded with your audio book. PLAYAWAY IS EASY TO USE! Just plug in the earphones, press the power button ON and begin to listen and enjoy. Included is a NEW BATTERY and NEW EARBUDS. Light weight with a powerful purpose. Take along on your next journey. Makes a sensitive get well gift! Enjoy the convenience and versatility of the PLAYAWAY for all your travel and leisure needs. Signed by Author(s). Audio Book. Bestandsnummer des Verkäufers OCT13HOF0000100