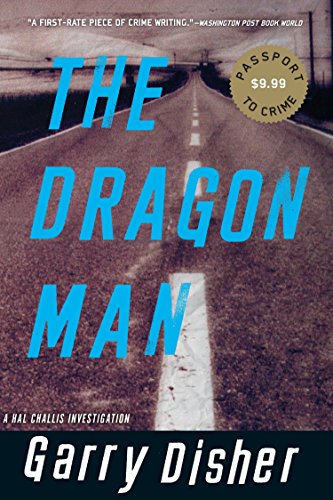 Praise for The Dragon Man

"A straightforward police story with a terrific plot, nuanced characters and solid procedures, served up on refreshing new turf."--Marilyn Stasio, The New York Times Book Review "A first-rate piece of crime writing."--The Washington Post Book World "Colorful . . . Disher has literary talent and imagination."--Chicago Tribune "Disher makes his characters as interesting as his plot."--Portsmouth Herald "A police procedural of a very different kind . . . A 'down under' atmosphere that most American readers will find unique."--The Plain Dealer "The American debut for Australian crime writer extraordinaire Disher is as complex and dark as anything by Ian Rankin or Michael Connelly."--Las Vegas Mercury "Disher delivers an intelligent, atmospheric police procedural . . . Fans of such gritty yet cerebral crime novelists as Ian Rankin and Jack Harvey should be well pleased."--Publishers Weekly "This series debut from the prolific Disher (The Sunken Road, 1996, etc.) doesn't read like one, thanks to fully formed characters and wall-to-wall mysteries. The offbeat setting's a bonus for US readers."--Kirkus Reviews Praise for the Hal Challis series "This series boasts careful, realistic casework, but there's enough darkness and ambiguity to suit John Harvey fans and a kind of which-way-is-up sense of the police force that recalls early James Ellroy. Moody, inventive, and extremely hard to put down." --Booklist Rese±a del editor:

Meet Hal Challis, Detective for the Mornington Peninsula police force in Southeast Australia, in the first investigation in this prize-winning crime series

A serial killer is on the loose in a small coastal town near Melbourne, Australia. Detective Inspector Hal Challis and his team must apprehend him before he strikes again. But first, Challis has to contend with the editor of a local newspaper who undermines his investigation at every turn, and with his wife, who attempts to resurrect their marriage through long-distance phone calls from a sanitarium, where she has been committed for the past eight years for attempted murder—his.