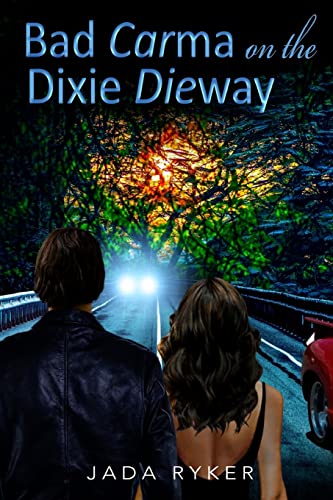 Buchbeschreibung Paperback. Zustand: New. Language: English. Brand new Book. The body was found. Meet me at the Bloated Body Bridge on the Dixie Dieway under the next Blue Moon at midnight. If you don't, I'll post your dirty secrets. Tell no one.Gina's new life is built on lies and secrets. To keep it from crashing and burning, she has to meet the shadowy person behind the email at the Bloated Body Bridge. Locals gave the Kentucky bridge the grisly tag due to so many motorists spinning off the bridge and into the murky depths of the Ohio River. The infamous bridge spans a remote section of Dixie Highway, known as the Dixie Dieway.On the way to the meeting with the blackmailer, Gina is attacked. The shadowy driver is intent on hurling her into the water.An unexpected knight on a steel steed roars to her rescue. Convinced he'll disappear into the mist, she insists on his name. The man on the powerful motorcycle answers, "They call me The Guardian Angel of the Dixie Dieway, but I'm more devil than angel." Feeling the heated stirrings of more than gratitude for her mysterious rescuer, she vows to unearth his identity.With the blue Kentucky moon on the rise, Gina must meet with the blackmailer. He's a no-show. She discovers that he had the best excuse in the world. He was dead before the rendezvous. He's ostensibly a victim of the Dixie Dieway, the latest to join the road's impossibly high body count.Was his death really an accident? Or was he silenced? What about the sudden uptick in fatal accidents on the Dixie Dieway? Are they accidents, or is a shadowy figure manipulating events?Gina crashes a party at the notorious Mountain Lions biker club in the remote town of Dead Horse Holler. It triggers events with tendrils that reach back to the past and hold deadly consequences in the present. Is Klaws, the charismatic biker leader, a heartless criminal, or the key to Gina's heart? What about the blackmailer's handsome attorney, determined to prove she's a cold-blooded adventuress involved in his client's death? Does he want to prosecute her? Or does he want to protect her? Is the handsome, small-town doctor hiding explosive secrets as he wages a war on her defenses? As Gina grapples with her feelings, she can't forget the mysterious Guardian Angel. Is he a hero, helping people in danger, or a villain, helping them to their deaths?Her lies exposed and accused of murder, Gina faces the Mountain Lions' special brand of Dead Horse Holler justice. Will she solve the crimes in time? Or will the man she loves risk everything to rescue her?SPECIAL BONUS: As a reader appreciation gift, "Two Tickets to Paradise" is included FREE at the end of the book. In the fun Macey Malloy Mysteries prequel, Macey risks her life when she's embroiled in a brutal murder and meets her feline, crime-solving partner. Bestandsnummer des Verkäufers APC9781720391630