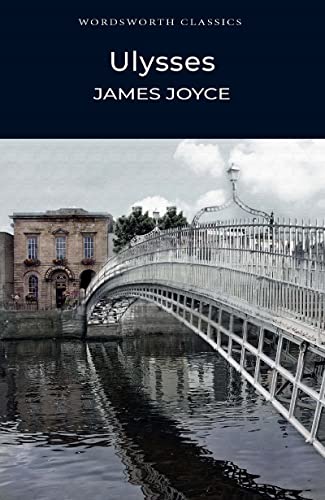 With a new Introduction by Cedric Watts, Research Professor of English, University of Sussex. James Joyce's astonishing masterpiece, Ulysses, tells of the diverse events which befall Leopold Bloom and Stephen Dedalus in Dublin on 16 June 1904, during which Bloom's voluptuous wife, Molly, commits adultery. Initially deemed obscene in England and the USA, this richly-allusive novel, revolutionary in its Modernistic experimentalism, was hailed as a work of genius by W. B. Yeats, T. S. Eliot and Ernest Hemingway. Scandalously frank, wittily erudite, mercurially eloquent, resourcefully comic and generously humane, Ulysses offers the reader a life-changing experience.

James Joyce was born on 2 February 1882 in Dublin. He studied modern languages at University College, Dublin. After graduating, Joyce moved to Paris for a brief period in 1902. In 1904 Joyce met Nora Barnacle, with whom he would spend the rest of his life and they moved to Europe and settled in Trieste where Joyce worked as a teacher. His first published work was a book of poems called Chamber Music (1907). This was followed by Dubliners (1914), A Portrait of the Artist as a Young Man (1916) and the play Exiles (1918). In 1915 the First World War forced Joyce and Nora and their two children to move to Zurich. Joyce's most famous novel, Ulysses, was published in Paris in 1922. In the same year he started work on his last great book, Finnegan's Wake (1939). James Joyce died in Zurich on 13 January 1941.