Verwandte Artikel zu The Man with the Compound Eyes

Ming-Yi, Wu The Man with the Compound Eyes

The Man with the Compound Eyes 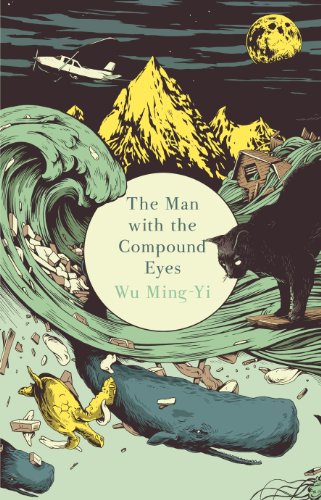 "A haunting and evocative tale, beautifully told. I wept at the description of the dying whales and the approaching tsunami ... I think this work will be a classic" (Hugh Howey, author of WOOL)

"Inventive narrative... The depiction of Atile’i’s magical realm and his innocent wonder at this unfamiliar and murky world is imaginative and moving" (Trisha Andres Financial Times)

"Shuttles between ... two realms with a dizzying ease reminiscent of Haruki Murakami, twisting the dreamlike into the curiously credible" (Times Literary Supplement)

"We haven't read anything like this novel. Ever. South America gave us magical realism – what is Taiwan giving us? A new way of telling our new reality, beautiful, entertaining, frightening, preposterous, true. Completely unsentimental but never brutal, Wu Ming-Yi treats human vulnerability and the world's vulnerability with fearless tenderness" (Ursula Le Guin)

On the island of Wayo Wayo, every second son must leave on the day he turns fifteen as a sacrifice to the Sea God. Atile’i is one such boy, but as the strongest swimmer and best sailor, he is determined to defy destiny and become the first to survive.

Alice Shih, who has lost her husband and son in a climbing accident, is quietly preparing to commit suicide in her house by the sea. But her plan is interrupted when a vast trash vortex comes crashing onto the shore of Taiwan, bringing Atile’i with it.

In the aftermath of the catastrophe, Atile’i and Alice retrace her late husband’s footsteps into the mountains, hoping to solve the mystery of her son’s disappearance. On their journey, memories will be challenged, an unusual bond formed, and a dark secret uncovered that will force Alice to question everything she thought she knew.

The Man with the Compound Eyes

The Man with Compound Eyes

The Man with Compound Eyes