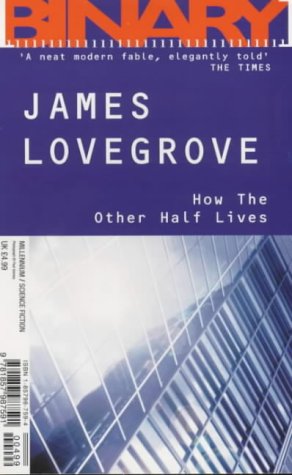 LENINGRAD NIGHTS by the World Fantasy Award nominated author of THE TOOTH FAIRY. A story of human dignity , the hunger for survival and a possibly angelic intervention set during the 900 day siege of Leningrad in WWII.

HOW THE OTHER HALV LIVES by the Arthur C. Clarke Aawrd nominated author of DAYS. A modern Faustian tale. A business ensures his glittering success by the brutal abuse of his doppleganger, little suspecting that he is laying the foundations for his own destruction.

Graham Joyce is the award-winning author of numerous short story collections and novels, including The Tooth Fairy, Smoking Poppy, The Facts of Life, The Limits of Enchantment, The Silent Land, Some Kind of Fairy Tale and The Year of the Ladybird.

He won the British Fantasy Award six times, and the World Fantasy Award for Best Novel in 2003 for The Facts of Life. He also won the O Henry Award.

In addition to his own writing, he taught a writing course at Nottingham Trent University.

Leningrad Nights' / 'How the Other Half Lives'

Buchbeschreibung Paperback. Zustand: Very Good. The book has been read, but is in excellent condition. Pages are intact and not marred by notes or highlighting. The spine remains undamaged. Bestandsnummer des Verkäufers GOR003050816

Leningrad Nights' / 'How the Other Half Lives': Bk.1

Buchbeschreibung Paperback. Zustand: Good. The book has been read but remains in clean condition. All pages are intact and the cover is intact. Some minor wear to the spine. Bestandsnummer des Verkäufers GOR002101705

LENINGRAD NIGHTS & HOW THE OTHER HALF LIVE