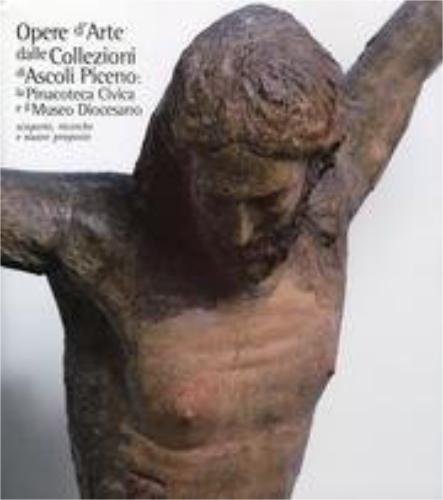 Buchbeschreibung Zustand: new. A cura di Stefano Papetti. Testo Italiano e Inglese. Roma, 2012; br., pp. 400, 20 ill. b/n, 135 ill. col., cm 24,5x27,5. The objective of this book is to bring to the attention of scholars and art enthusiasts the results of an intensive season of archival research and art historical evaluation conducted over the course of the last decade at the two major museums of Ascoli Piceno. The Pinacoteca Civica, that claims a long history begun at the closing of the Eighteenth Century, and the Museo Diocesiano, that occupy adjoining historic buildings overlooking the Piazza Arringo. Under the auspices of major experts in the field, one hundred and fifty works of art preserved in the two institutions have been the subject of careful philological analysis, supported by new archival research and diagnostic investigations effected during recent restorations that have shed new light on an extraordinary artistic inheritance that is only partially known. Spanning from the Middle Ages to the Twentieth Century, across multiple media, and boasting a specially conducted photographic campaign, this volume aims to up-date knowledge concerning certain admirable works preserved in Ascoli's two museums. Its ambition is also to re-connect the threads of a complex fabric of human relationships that permitted the arrival at this regional capital, of eminent foreign artists or works commissioned in the major artistic centres of the past. From the refined materials of Pope Nicolas IV's pluvial cape, the precious painted images of Carlo Crivelli, the virtuosities of the goldsmith Pietro Vannini, the emotive scene of Saint Francis Receiving the Stigmata painted by the elderly Titian, the elegant Annunciation by Guido Reni, the theatrical compositions of Baccicio, Luca Giordano and Sebastiano Conca, finally reaching to the romantic idyll by Pellizza da Volpedo, the high points are represented of an artistic progress that is structured around a connecting text of consistently high quality, in harmony with the most up to date dynamics of Italian art. There emerges the image of an elect region that through art has known how to vindicate its marginal location, and which entrusts its future to the validation of its artistic patrimony. The production of this volume has been made possible by the generous corporate support offered by Hydrowatt S p A, as ever attentive to the promotion of the art historical inheritance of the territory in which it operates. Bestandsnummer des Verkäufers 2378186