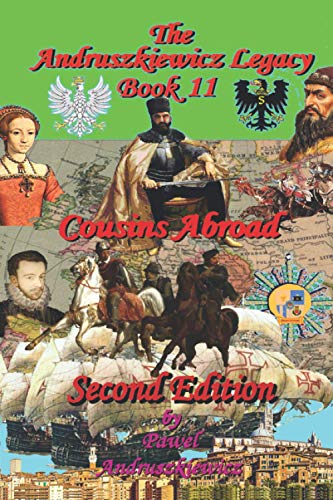 Buchbeschreibung Paperback. Zustand: New. Language: English. Brand new Book. In Book 11 as the Andruszkiewicz cousins continue their lives abroad as emissaries. They have introduced themselves into the most powerful courts of Western Europe; England, France, Portugal, and the Papal Court of Rome. They are learning the most modern methods concerning trade investments in the stock markets of Antwerp, and banking methods in Florence with Niccolo Machiavelli. One has even studied painting from the Master Durer. Another has taken up the cloth into the priesthood, while still another learns more about the art of war from Cesare Borgia. While still another takes up the defense of the helpless Jewish race trying to just live and survive in the 'Christian" world. Meanwhile, the Andriuskevicius cousins in Eastern Europe attend the new universities and fight in the Northern Wars. The lives and experiences of these cousins will intersect with revolutionary discoveries and events around the European continent. In Portugal, two cousins will learn of a family secret that will one day cause great debates among historians. This discovery will take them to Spain and face life and death dangers by religious extremists. Poland receives a new warrior king from Transylvania. He restores Poland's lost lands and honor. Bestandsnummer des Verkäufers APC9798667974734