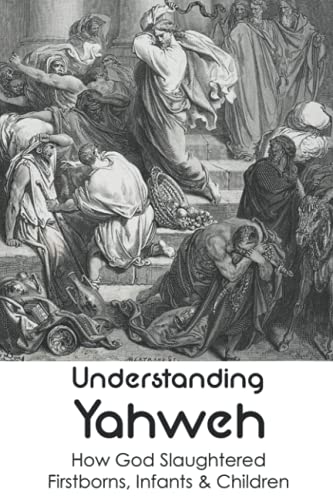 Buchbeschreibung Paperback. Zustand: New. Language: English. Brand new Book. Yahweh, the god of the Israelites, whose name was revealed to Moses as four Hebrew consonants (YHWH) called the tetragrammaton.In this explosive and extraordinary book, the author proved and documented without the shadow of a doubt, that Yahweh-Ordered the stoning and killing of stubborn children.-Killed a firstborn because he thought he was wicked.-Sent two bears to devour forty-two of the boys because they teased Prophet Elisha.-Committed the most hideous and bloodiest babies, and firstborns' mass-slaughters in history.-Ordered a massive genocide of babies, children, men, women, sheep, camels and donkeys; the whole population.-Decided to dash children and babies to the ground, and the pregnant women of Samaria to be ripped wide open!-Told the Israelites that children are his property; he owns them!-Ordered his chosen people to put to death men and women, children and infants.-Murdered children, and gave women dry breasts, so they couldn't breast-feed their babies.-And much more. Bestandsnummer des Verkäufers APC9798746445513