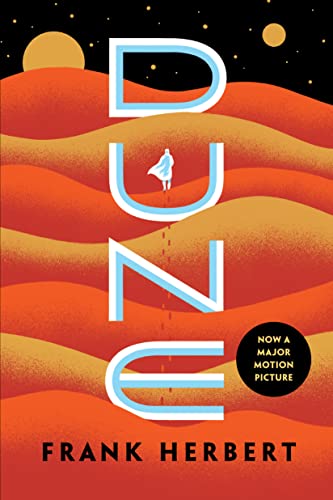 Críticas:
Praise for Dune "I know nothing comparable to it except The Lord of the Rings."--Arthur C. Clarke "It is possible that Dune is even more relevant now than when it was first published."--The New Yorker "An astonishing science fiction phenomenon."--The Washington Post "One of the monuments of modern science fiction."--Chicago Tribune "Powerful, convincing, and most ingenious."--Robert A. Heinlein "Herbert's creation of this universe, with its intricate development and analysis of ecology, religion, politics and philosophy, remains one of the supreme and seminal achievements in science fiction."--Louisville Times
Reseńa del editor:
Follows the adventures of Paul Atreides, the son of a betrayed duke given up for dead on a treacherous desert planet and adopted by its fierce, nomadic people, who help him unravel his most unexpected destiny.