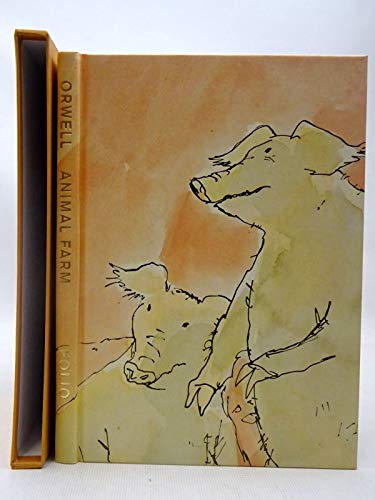 Rejected by such eminent fiqures as Victor Gollancz and T. S Eliot (for Faber & Faber), and by Jonathan Cape (influenced by 'an important official at the Ministry of Information'), Animal Farm was published to great acclaim by Martin Secker & Warburg on 17 August 1945 in an edition of 4, 500 copies. Orwell's immortal satire - 'contre Stalin' as himself wrote to his French translator - is as vivid and pungent today as it was on its first publication, and can be read on many levels. Orwell subtitled the book 'A Fairy Story', a genre in which he was keenly interested. I tcombines the poster-paint clarity of fable with the dark and mordant tones of a bitter political allegory. Animal Farm - chosen by the panel of the Book Marketing Council as one of the twelve Best Novels of Our time - is indisputably a masterpiece, and places Orwell firmly in the great satirical tradition of Swift and Defoe. This new edtion incorporates all Orwell's changes and reproduces his introduction. 'The Freedom of the press', which in the event he withdrew, and the preface to the Ukrainian edition, in its complete form, written at the request of the Ukrainian Displaced Persons Organisation in Munich. Also published here for the first time is Orwell's dramatisation of Animal Farm for BBC Radio (1947).

George Orwell (1903-1950) served with the Imperial Police in Burma, fought with the Republicans during the Spanish Civil War, and was a member of the Home Guard and a writer for the BBC during World War II. He is the author of some of the most celebrated works of non-fiction and fiction in the English language.