Verwandte Artikel zu Towers Of Midnight: Book 13 of the Wheel of Time

Jordan, Robert; Sanderson, Brandon Towers Of Midnight: Book 13 of the Wheel of Time

Towers Of Midnight: Book 13 of the Wheel of Time 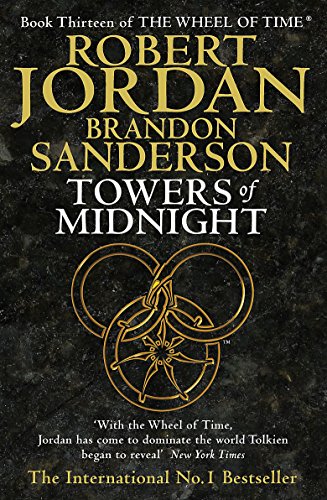 The Last Battle has started. The seals on the Dark One's prison are crumbling. The Pattern itself is unravelling, and the armies of the Shadow have begun to boil out of the Blight.

Perrin Aybara is haunted by spectres from his past. To prevail, he must find a way to master the wolf within him or lose himself to it for ever.

Meanwhile, Matrim Cauthon prepares for the most difficult challenge of his life. The Tower of Ghenjei awaits, and its secrets will reveal the fate of a friend long lost.

The end draws near. It's time to roll the dice.

Robert Jordan was born in 1948 in Charleston. He was a graduate of the Citadel, the Military College of South Carolina, with a degree in physics, and served two tours in Vietnam. His hobbies included hunting, fishing, sailing, poker, chess, pool and pipe collecting. He died in September 2007.